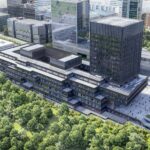 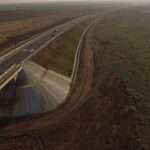 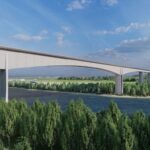 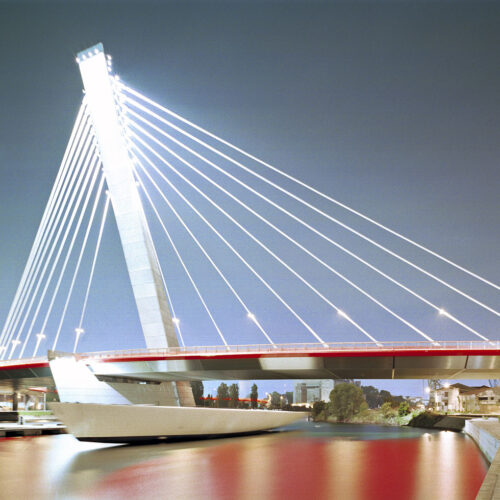 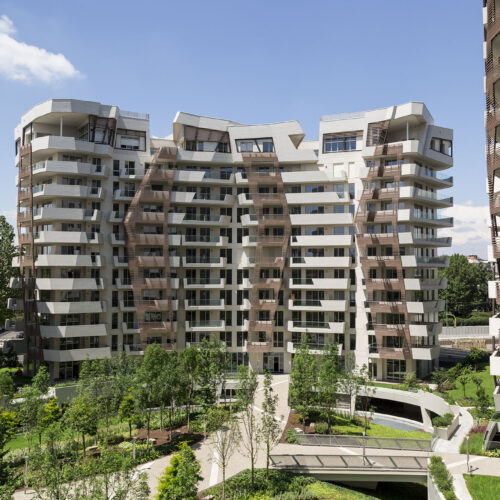 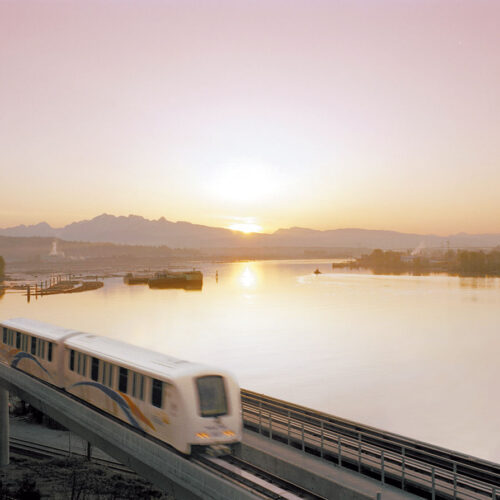 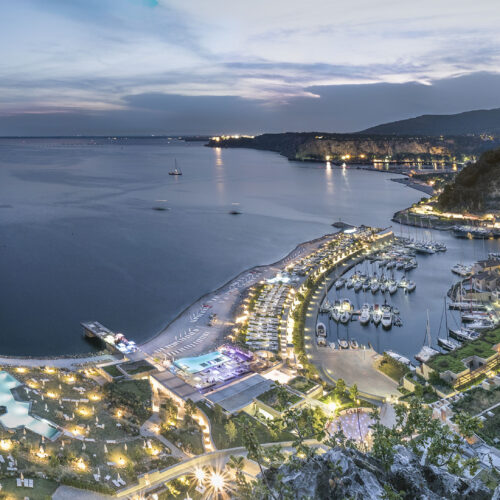 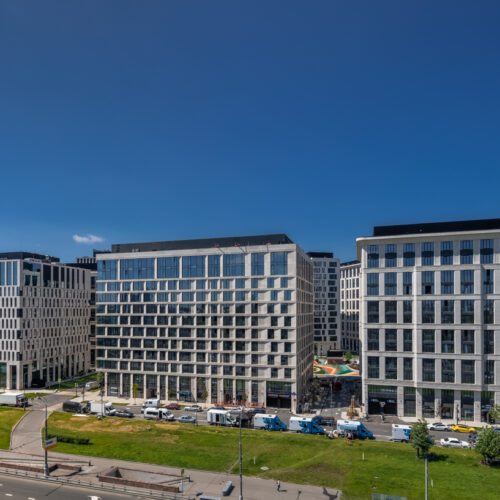 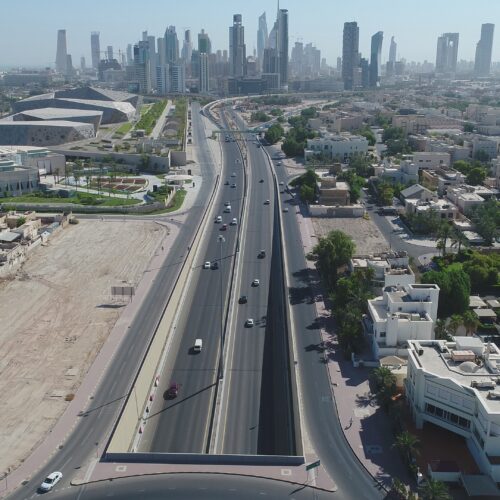 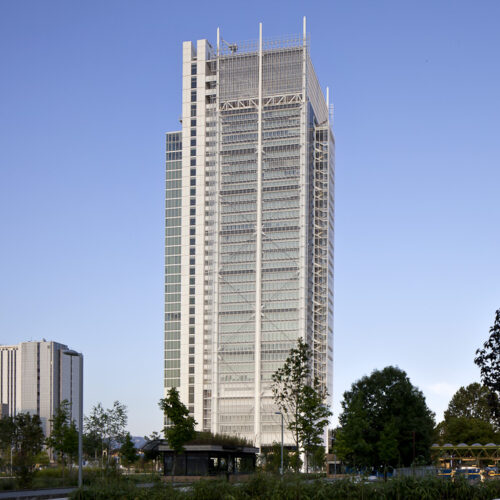 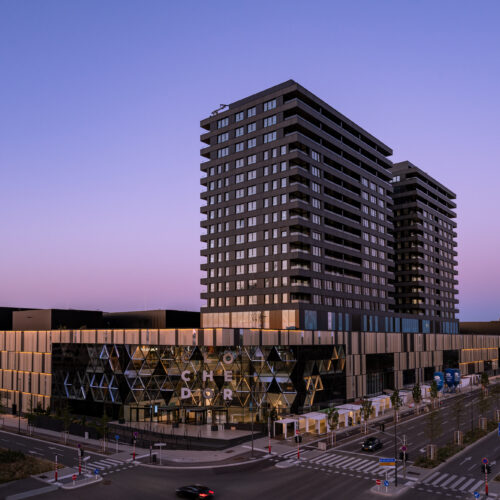 We are pleased to announce that, on behalf of Rizzani de Eccher, Enrico Barbiero, Business Development Director Italy, became Vice President of the Major Infrastructures Committee (Comitato Grandi Infrastrutture) of ANCE – National Association of Building Constructors, the Italian organization that brings together the major Italian construction companies operating in the field of large-scale infrastructure projects. Over the next years the Committee will be engaged in the interaction between the major government offices and the main Italian contracting authorities in order to support the requests of the companies during the initial phases of the National Recovery and Resilience Plan (PNRR - Piano Nazionale di Ripresa e Resilienza), which will transform the country in the upcoming years.

Thanks for starting to build the Rail Baltica bridge over river Neris! 🙂

Rizzani de Eccher takes another step in the big Baltica Rail infrastructure.
Beside the new Riga Rail Station in Latvia, we will build also the longest railway bridge in the Baltic States. The new project is the 1510-meter-long Neris River Bridge in Lithuania.

The ground breaking ceremony marking the start of construction works was held on 21st July 2022. The project, worth almost 64 million euros, will be finished by the end of 2024.

A major focus is on the issue of environmental sustainability of the infrastructure. This is because the new railway bridge will cross the Natura 2000 site of the European ecological network. So, particular attention will be paid to environmental protection.

Specifically, in order to avoid any impact on the biodiversity of Neris, work in the protection zone of the river Neris will not be carried out during fish migration and spawning.
Besides, when designing the bridge, invasive solutions in the riverbed were abandoned — bridge supports will not be built in water, so a distance of as much as 150 meters will be maintained above the river between the supports, therefore, fish will be able to migrate freely, and water vegetation will be able to grow.

Since the bridge will be built near the city of Jonava, noise barriers — noise-absorbing walls, vibration-dampers, special embankments — will be installed in residential areas. ... See MoreSee Less

Eventually!!! Congratulations with long waited start of the construction of this epic key railway bridge of the entire Rail Baltica project

Bererix (JV between Rizzani de Eccher, Besix and Rere) is building the new rail station of Latvia's capital, Riga, as part of the modern railway connection infrastructure Rail Baltica - the largest project in the Baltic Countries over the last 100 years.

A public ceremony held on 20th July 2022 marked the symbolic action of leaving a message for the future generations, as the parties involved in the project solemnly embedded a time capsule, whose preparation had started in September 2021 when the "Connecting Europe Express" stopped in Riga, in the foundations of the new station building grounds. ... See MoreSee Less

Deal, the Rizzani de Eccher's engineering company specialized in technologies for the construction of transport infrastructures, has signed a big contract with India's @Apco Infratech Pvt Limited, to provide all the specialty machines for manufacturing and installation of pre-fabrication segments.

Truly a very nice bridge will be built in India… But when do you start building the Rail Baltica Bridge over the the river Neris?

We are proud to announce the launch of our redesigned website. It is now live and located at the same address: www.rde.it

The new site finally represents the spirit and ambition of Rizzani de Eccher. It was designed to be faster, easier to navigate and more user-friendly. Our current and prospective clients will find updated and detailed information about our Group.

Additional new websites will be launched for other subsidiaries soon. ... See MoreSee Less

Site is good, looks nice….just when are you starting to build Railbaltica railway bridge over river Neris?

Rizzani de Eccher has signed with Romania's road infrastructure company CNAIR a 504 million lei ($106 million/102 million euro) contract to widen the southern part of Bucharest ring road of 14.7km.
The design and execution works are expected to take up to 36 months, with a warranty period of ten years.

Rizzani de Eccher will widen two sectors of the road belt to four lanes and will build two underground passages with a length of over 600m.

The investment is financed through non-reimbursable EU funds under the Large Infrastructure Operational Programme. This is the second project for our Rizzani de Eccher in Romania, as in May it signed a 30 million euro ($31.3 million) contract with CNAIR for works in the southern city of Craiova road bypass project. ... See MoreSee Less

RIZZANI, when do you start building a railway bridge over river NERIS (a key bridge of the RAIL BALTICA project) ?

I am store keeper I am steel fixer I am fitter

When do you start building Rail baltica bridge over the river Neris?

Wednesday 22 June Enrico Barbiero will speak at the 11th #TallBuildings conference at the Triennale di Milano, organized by Guamari Srl, under the patronage of the Iuav University of Venice and the Politecnico of Milan
The case studies “Y-Towers” in Amsterdam and “The Post Tower” in Rotterdam will be presented: two projects that will change the skyline of the two Dutch cities. To register and attend the event, fill out the form: : lnkd.in/ezfEpd-u ... See MoreSee Less

Rizzani de Eccher is building the biggest integrated congress hotel in Europe, in the Netherlands. It's the Maritime Hotel in Amsterdam North, close to the River Ij and opposite the city’s central railway station across the waterway.
The Maritim Hotel, due to open in 2023, together with the Yvie residential tower being constructed alongside, represent Rizzani de Eccher’s flagship and pilot project in the Netherlands. The Group has been involved in this complex design & build project since late 2018.
As it was announced at a ‘topping out’ ceremony in the Maritim Hotel tower on Wednesday 15th June, the Maritim Hotel and the Yvie residential towers represent a total investment commitment of around €500 million to the Noord Amsterdam development project by @Union Investment. Because of this, Union Investment was able to secure an exceptionally long 50-year lease.
The hotel will offer 579 rooms in a 110-metre tower, the third highest in Amsterdam, and is combined with a conference and congress centre with the capacity to host over 4,400 people in up to 18 modular conference rooms, with the main venue capable to host up to 2,200 people.
The integration of the hotel and convention centre in the same building, also make this the largest venue of its type by room keys in the European MICE (meetings, incentives, conferences and exhibitions) market. The twin Yvie residential tower will offer 176 permanent rental apartments and a further 120 units available for extended stays.

When do you start building Rail baltica railway bridge over river Neris?!?

Rizzani de Eccher will be in charge of the upcoming expansion of the European Investment Bank (EIB) headquarters in Luxembourg.

The EIB has become the EU Climate Bank in recent years and therefore aims to reflect its values by constructing a sustainable Nearly Zero Energy Building (NZEB) in its Luxembourg-based campus: sober, functional, efficient and ecological. The project design has already received the “Excellent” classification under BREEAM (BRE Environmental Assessment Method).

The construction works will begin in Q3 2022 and is expected to take approximately 3 years. ... See MoreSee Less

When do Rizzani start building the railway bridge of the RAIL Baltica ?

Rizzani de Eccher is making a further step in the Netherlands with the Rotterdam Post Tower project in partnership with BESIX.

The inauguration of the The Post Bouw construction site took place on May 19th by starting laying the 110 foundation piles of the new Tower that will rise inside the historic Post Office building at the very heart of the city.
New technologies enable us to work without disturbing local residents and businesses, and in full compliance with our Company Policy for Environment protection. ... See MoreSee Less

Rizzani de Eccher has contracted the construction of a railway bridge over the Neris River near the city of Jonava with Lithuania’s LTG Infra as part of the Rail Baltica project. "We are honored and proud to be awarded the contract which will allow us to bring all of our bridge engineering and construction skills and experience to an important and challenging project for Lithuania's rail infrastructure network", says Rizzani de Eccher Group's CEO Franco Alzetta.

The planned bridge will be the most challenging Rail Baltica engineering structure and, at 1,510 meters, the longest railway bridge in the Baltic States. Rizzani de Eccher and its subsidiaries, including DEAL and TENSA have realized more than 4 million square meters of bridges and viaducts, gaining extensive experience and inventing specialized equipment for the efficient and safe construction of this type of project.

Rail Baltica is a joint project being implemented by three EU Member States: Estonia, Latvia, and Lithuania and will integrate with the European passenger and freight rail network by connecting Helsinki, Tallinn, Riga, Vilnius, and Warsaw. It is designed to reduce bottlenecks, create more cross-border connections, and promote modal integration and interoperability within the EU. Already working on the Rail Baltica project in Latvia, together with BESIX and SIA RERE BŪVE, Rizzani de Eccher is contributing to the design and build contract that covers the construction of the Rail Baltica Central Station In Riga, a major railway bridge over the Daugava River along with railway embankments and tracks.

When do You start building this beautiful bridge?!?